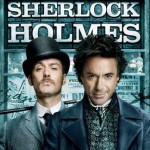 Have you seen what director Guy Ritchie’s done with Sherlock Holmes?

I’m a Sherlockian who’s read and re-read the original Arthur Conan Doyle stories since I was 10. I’ve watched hundreds of cinematic Holmes adaptations. And I think Ritchie’s Sherlock Holmes is a spectacular reimagining of a literary icon.

Of course, Ritchie has detractors.

Most are crusty oldtimers more familiar with past Holmes movies than with the actual Doyle tales. They gripe that this new Sherlock is too action-oriented, too bohemian, and too sexually appealing.

Phooey. This reboot is a hit, and a sequel is already planned.

But why “reinvent” Sherlock Holmes in the first place?

Occasionally, what is old must be made new again — whether in response to an actual or anticipated shift in the market.

Think about this for a minute.

Is your business ready for reinvention?

Has it lost its competitive edge?

Has its niche changed?

Is it responding to new demands from its market?

Are you ready for reinvention?

Are you branded as an expert — better yet, as the expert — in your field?

Are you positioned as the “go-to guy” in your niche?

Does your personality, business philosophy, or relationship style distinguish you from your competitors — so that prospects prefer buying from you rather than anyone else?

You know, it took about 80 years for someone to repackage Sherlock Holmes into a fresh product for a new market.

You don’t have to wait that long.

Take a serious look at your business and at yourself.

Then reinvent and reposition as needed.