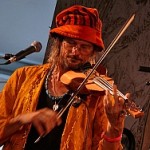 Only one thing’s keeping my latest project — Fearless Freelancing 101 — unavailable to you right now.

Me. And my tendency to fiddle with stuff endlessly, or at least until I hit my disgust threshold.

At the risk of being accused of performing a manipulative pre-launch promotional trick, I have an important point to make here.

This project was pretty much finished and ready to roll a month ago.

Then I got it in my head that it needed a second eBook.

Then I decided to add another audio segment.

I just couldn’t keep my hands off it.

So here we are, weeks later, and the damn thing still hasn’t launched.

Sure, I think Fearless Freelancing 101 is a better value with these additions.  I’m glad I made ’em. But here’s the “important point” I referred to earlier:

Usually it’s better to get it done and fix it later.

If you’re sitting on an idea, a project, even a whole to-do list, I’m beggin’ ya by all that’s holy, just get started. Then get it done.

And if it isn’t done perfectly, that’s OK.

For one thing, it’s probably as “perfect” as it’ll ever be, because nothing you do will ever be perfect enough to satisfy you. (No one but you will ever know the “Buy Now” button on your sales page should’ve been pink, not blue.)

For another, more likely than not, you can go back and tinker later to make it “better.” (But you know somethin’? Once it’s done, you’ll probably be too busy working on your next project to even give it another glance.)

So this is me suggesting you do as I say, not as I do.

Whatever it is you’re working on, or intend to work on, get it finished. Then you can move on.

And Fearless Freelancing 101 should be online in the next week to ten days.