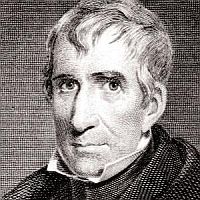 Elected to office in 1840, Harrison was a record-maker.

And Harrison was the first president to die in office, serving the shortest term in U.S. presidential history.

It was a very cold and wet day when Harrison took the oath of office, gave his two-hour speech, and rode in his inaugural parade. Unwisely, he decided not to wear an overcoat or hat.

Three weeks later, he caught a cold, which quickly turned to pneumonia and pleurisy.

Nothing his doctors tried — opium, castor oil, leeches, or Virginia snakeweed — helped. In fact, they made him worse, and he died on April 4, 1841.

Through no real fault of his own — well, maybe he misjudged the weather or his health — he never really got started.

Have you gotten started yet on kicking the 9-to-5 treadmill habit? Have you started putting together the pieces that will make up your own business?