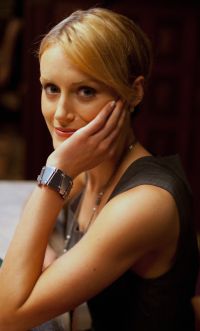 Atlas Shrugged Part 1 is playing in just a handful of theaters nationwide, but it’s well worth seeking out if you’re a business owner (or intend to be one).

The movie updates its 1957 source material but remains absolutely faithful to it.

Rand’s preachier monologues have been turned brilliantly into stirring dialogue.

And the cast of relative unknowns is spot-on.

But here’s the coolest thing…

The movie was made independently by Hollywood outsiders for just $10 million, chump change for a film these days.

These guys sure knew how to get the biggest bang for their buck.

That’s kinda refreshing in a day when so many people think their business problems are best solved and challenges are best met by tossing around big wads of dough like punch-drunk politicians.

As I’ve pointed out before — http://www.wallyconger.com/fearlessfreelancing — you can launch a viable, money-making enterprise for next to nothing if you’re not worried about impressing the neighbors.

So what’s stopping you?

Who is John Galt?