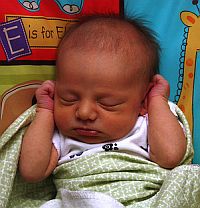 At the risk of causing hurt feelings, maybe that’s just too damn many.

(Don’t fret. If you’re among them, I won’t “unfriend” you suddenly — unless you really provoke me, of course.)

Thing is, Seth Godin got me re-thinking Facebook in a recent blog post about “social media noise.”

What he pointed out was that when we focus on only increasing our numbers, our soapbox may grow quickly but our audience loses its focus and responsiveness.

When you have big numbers, Godin wrote, it may look like you’re winning, “but it’s actually a double-edged form of losing. First, you’re polluting a powerful space, turning signals into noise and bringing down the level of discourse for everyone. And second, you’re wasting your time when you could be building a tribe instead, could be earning permission, could be creating a channel where your voice is actually welcomed.”

His advice: “Relentlessly focus. Prune your message and your list and build a reputation that’s worth owning and an audience that cares.”

Makes sense to me. In fact, direct response giants like Gary Halbert and Dan Kennedy told me pretty much the same thing 15 or more years ago. I’d just put their counsel aside when I moved my business onto the internet.

Next time you start accepting friend and follower requests willy-nilly in your social media of choice, ask yourself…

Am I just creating more noise…or am I building a platform for creating better noise?