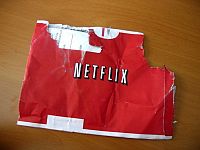 Didja see that list of “The 10 Most Hated Companies in America” last week?

The folks at 24/7 Wall St., the internet financial news service, looked at things like companies’ negative press, ROI, and customer satisfaction, and came up with the list.

The “usual suspects” are all there, of course: Bank of America, American Airlines, AT&T, Goldman Sachs…

Then there’re a few “newbies” on the list who really screwed up royal in 2011.

One of ’em is Netflix. It pulled a real boner with a new pricing policy that prompted mucho customer rage and knocked its stock from an all-time high of $305 down to just 90 bucks in less than six months.

Another is Best Buy. They failed in their we’ll-deliver-by-Christmas promise to customers. Worse, they didn’t even mention there was a problem until just two days before the holiday.

I think what’s most shocking is how easily Netflix and Best Buy could have averted these disasters — or at least lessened the impact on their bottom lines.

What it really comes down to is honesty and transparency with customers.

Don’t hike your prices an astronomical 60% without reasonable explanation or warning.

Don’t promise what you can’t deliver, then make up lame excuses for your blunders.

You’d think this kinda stuff would be a no-brainer.