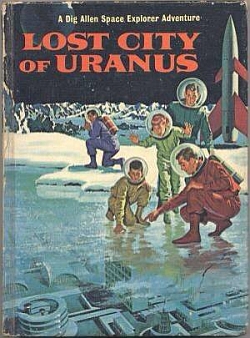 Remember in 7th grade, Mr. Davis was rattling off the names of the planets and when he got to Uranus, Eddie Beck raised his hand in the back row and hollered “Are there rings around Uranus?” and we all laughed so damn hard we almost peed our pants?

Well, over drinks the other night, somebody for no good reason remarked how sad it is that Pluto’s not a planet anymore, and someone else chipped in, “Yeah, and how about Uranus?”

And we all busted a gut.

Seems to me that most of us live in two worlds.

The other is where we get away from it all, take a deep breath, and laugh out loud at Uranus.

Lately, I’ve been trying to spend as little time as I can in World #1.

I listen to almost zero talk radio these days (I used to be an addict), but the CD player in the Accord is on the fritz and I had Dennis Miller’s show tuned in last week.

I was in and out of the car a few times, but in an hour, I heard Dennis talk about old movies, Sinatra, and a Joe DiMaggio biography.

Finally, one caller asked Dennis about his take on what’s going on in Egypt, and he deferred to “people who know more about that stuff than I do.”

Another listener complained about arguing with “stubborn liberals,” and Dennis said he’s convinced you can’t change anybody’s mind by arguing. He just smiles and says “That’s an interesting point” and moves on.

When a major radio talk show host like Dennis Miller is packing his Samsonite to move from World #1 to World #2, maybe that’s a sign we all should do the same.

I’m not saying you have to ignore what’s happening “out there.”

Just don’t freakin’ IMMERSE yourself in it.

Read a few headlines, figger out what news is bullshit and what REALLY affects your life, then plow forward into your day.

We’ll all be happier, more loving, more productive, and be living our lives like freedom matters.