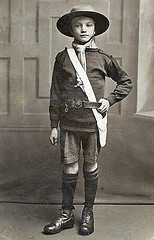 I can’t believe summer’ll be over in just another three weeks.

Whew, that went by fast.

You might recall summer started for me this year with an eight and a half mile hike along the Panorama Trail, from Glacier Point down into the Yosemite Valley.

What a nightmare THAT was!

By hike’s end — which should have taken me five hours but instead took me almost seven — my feet were bloody nubs, which took almost two weeks to heal.

The shoe’s were wrong.

The friggin’ SOCKS were even wrong.

I should’a been better prepared.

Face it, it’s usually a great idea to be TOTALLY prepared — even to study the crap outta something before moving ahead with it. Especially when your life might depend on it.

In the case of my hike, thank God I had a very good friend alongside me at the time. (Otherwise, the Park Service might’ve had to helicopter me off the damn mountain!)

On the other hand, sometimes, a LOT of times, we use the preparation excuse to keep us from getting started.

For example, in something as important as starting a business, it sometimes pays to ease up a little on the studying of “how-to” and just take the bull by the horns and fly by the seat of your pants, to mix a couple of well-worn metaphors.

A lot of times, just knowing WHAT you want to accomplish with a new business — not every itty-bitty detail about how to actually do it — is enough to start making your first few dollars.

You’ll find some “seat of the pants” tactics right here…

Be prepared. But don’t be crazy about it.

“Fly by the seat of your pants.” — Wally’s motto