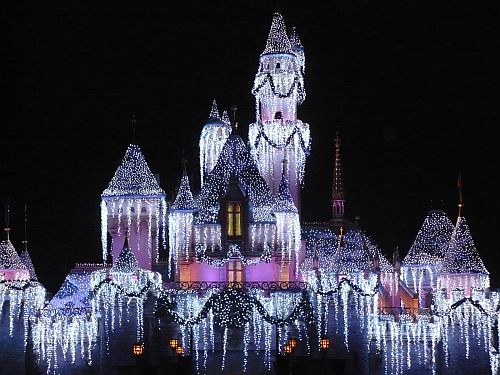 Nobody with even a scrap of sanity visits the Magic Kingdom during the holidays.

So that’s where we spent one very busy day last week.

Did the whole shebang in 11 hours.

The holiday twist they put on some of the long-established rides is fun. (Small World becomes almost tolerable.)

About five o’clock, while we waited for the Christmas parade to start snaking down Main Street, I overheard a little girl say, “Mommy, my legs are telling me I’m done.”

I hear ya, snookums.

The holidays are a popular excuse for getting nothing finished — or even started — until “after the first of the year.”

That’s the magic phrase — “after the first of the year.”

But in between watching A Christmas Story for the zillionth time and liquoring up the eggnog, I know there’s plenty of time to do some really productive stuff.

And doing it now will light a fire under my business and rocket me into 2014.

So I’ll plow ahead and get at least a smidge completed today.

What little business tasks — crap you’re putting off until after the first of the year — can you squeeze into the middle of the holiday craziness?