I was killing time on the internet yesterday afternoon and found a list of 10 billionaires who’ve never had to work a day in their lives. 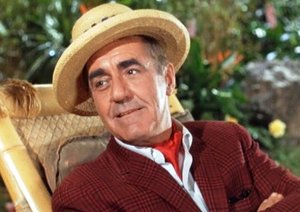 All of ’em inherited their wealth.

At first, my gut feeling was envy.

Then I felt stoopid and did some homework.

What I found was that quite a few of these billionaires have taken their family businesses by the reins and continued growing them.

Others have donated tremendous amounts of their inherited fortunes to charitable causes.

A few have become champions of social and environmental movements.

It’s easy to think the worst of “rich people,” ain’t it?

I like the idea that money doesn’t inevitably bring out the worst in people. It just brings out who they really are.

Some people are dicks. Mucho moola can make them bigger dicks.

Some people are angels. And a big cash windfall can make them even more angelic.

It’s all a matter of your goals in business and life in general.

Are they positive or negative?

Is your dream of colossal monetary wealth, or what good things you can accomplish with that wealth?

“Money is only a tool. It will take you wherever you wish, but it will not replace you as the driver.” — Ayn Rand