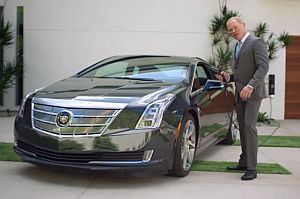 Ben Settle turned me onto this, and I just had to share.

It’s a piece from Huffington Post a few weeks back, by somebody named Carolyn Gregoire.

Carolyn is a fussbudget who loves to wag her finger at “greedy” businesses that don’t see things her way.

Her article is headlined “Cadillac Made A Commercial About The American Dream, And It’s A Nightmare.”

“There are plenty of things to celebrate about being American, but being possessed by a blind mania for working yourself into the ground, buying more stuff and mocking people in other countries just isn’t one of them.

“So we wish we could say that Cadillac’s commercial for its 2014 ELR (suggested retail price: $75,000), which debuted during the Olympics, was a joke. But no, it seems to be dead serious — a completely shameless celebration of our work-hard-buy-more culture, with a blanket dismissal of ‘other countries’ and their laziness tossed in for good measure.

“…the luxury car company is selling a vision of the American Dream at its worst: Work yourself into the ground, take as little time off as possible, and buy expensive sh*t (specifically, a 2014 Cadillac ELR).”

When you get a chance, search YouTube for “2014 Cadillac ELR commercial.”

Watch the ad (which stars one of my favorite guys, Neil McDonough).

Then, if you have the ballz, tell me you agree with Lady Carolyn.

A “completely shameless celebration of our work-hard-buy-more culture”?

Are you kidding me?

When did the tradition of working hard to get ahead and buy neat stuff become a bad thing?

Believe it or not, Carolyn, that IS the American Dream. It’s what keeps today’s floundering, redistributive economy afloat, despite all the crap you and your handlers at Huffington Post and in Washington throw at it.

“Working hard” vs. “waiting for Mommy (or government) to give you things.”

I’ve never been a Cadillac fan, but this latest, highly motivational commercial has started to make me one.

Carolyn Gregoire at HuffPo is not.

And “persuasive” is something we can ALL be, with a little bit of know-how…