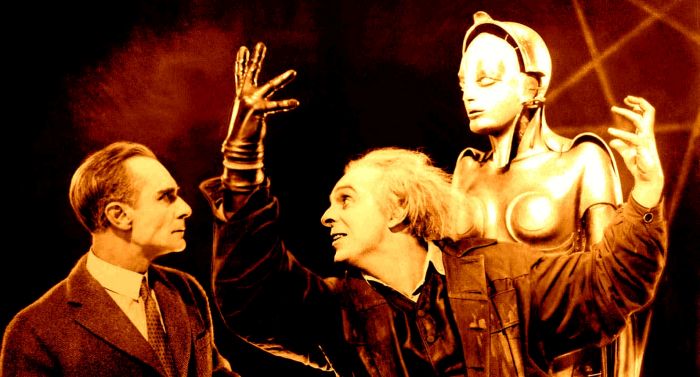 Have I told you before that a 90-year-old silent movie is one of my Top 10 favorite films of all time?

Metropolis is German director Fritz Lang’s 1927 dystopian sci-fi epic. It was the most expensive silent movie ever made, and its special effects and set designs have inspired film-makers and artists for almost a century.

Blade Runner owes much to Metropolis. So does Star Wars’ C3PO. A London musical was based on the movie. And singer-songwriter-diva Janelle Monáe created a Metropolis suite.

But Metropolis has long been a damaged giant.

When it premiered in Berlin in 1927, it was 153 minutes long. By the time I first saw it in college, there were just 90 minutes left.

Over the years, it had been sliced and diced by studios and distributors, its rhythm and pace ruined and its plot obscured. The excised footage was “lost.”

For three decades, efforts were made to restore the movie, and it was released and re-released in various versions, incorporating whatever missing footage could be found at the time. By 2001, Metropolis ran 124 minutes long.

Everybody thought Lang’s tour de force had been rebuilt as completely as it would ever be.

But in 2008, a 16 mm reduction negative of the original premiere cut of the film, including almost all the lost scenes, was discovered in a film museum in Buenos Aires, Argentina.

And now Metropolis has been, well, declared as close to “complete” as it ever will be. Its running time stands at 145 minutes, just eight shy of its original magnificence.

Fact is, though, that there’s still restoration work to be done on Metropolis. The “newest” footage from Argentina is watchable but scratchy and in need of further digital cleaning and repair. And there are those missing eight minutes still to be found.

Yeah, the restored Metropolis is still a work-in-progress.

We can only be great — and stay great — with ongoing effort. Same with our businesses.

That’s not something most of us wanna hear.

But so it goes.

Listen to the audios.

Don’t sit still, moldering on your sofa (or, like Metropolis, decaying in a Buenos Aires film archive).

Do whatever you gotta do to be your best.

Make it an adventure!

To help get started, you might want to check things out right here.