Anyway, Wayne wanted to talk about my interview with Scott, which got us on the subject of motivation, and that in turn led Wayne to tell me about the PT Cruiser he’d rhino’d out.

I asked Wayne if I could post some photos of the car. He said, well, yeah, Wally, of course.

So here they are… (That’s Wayne in the top photo.) 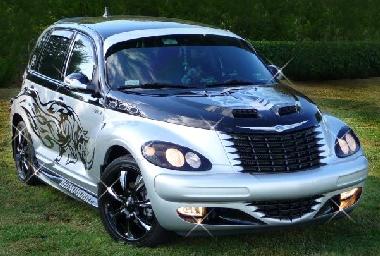 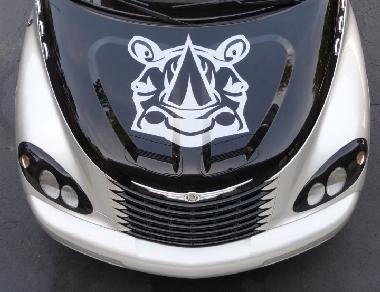 Wayne’s not only a fully charged success rhino, he’s taking the rhino message to the streets — literally!

By the way, Wayne tells me his Rhinomobile has been picking up its share of awards at the car shows.

Wanna get hold of a little rhino spirit yourself? You can get yourself some right here!