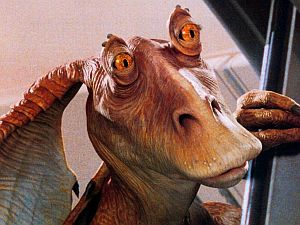 “Here’s the deal: Everyone has the right to post whatever they want on FB. I post a lot of left-wing political stuff, because I believe in it and think some of it is important to be aware of. If you don’t like it or disagree with it, you have the option of un-friending me, as I do you. I’m going to start exercising that option today, so just to let you know: if you’re a FB friend and post right-wing stuff that I think is wrong-headed or objectionable, you’re gone. You’re welcome to do the same to me. I’m sick to death of the Tea Party and the detrimental stuff the GOP is doing to women, voters, minorities and the poor and middle class, not to mention the environment/world, and I’m not tolerating that brand of politics and its inherent philosophies appearing on my feed anymore; I’ll leave it to other, more patient folk to discuss and debate. I’ve found arguing with teabaggers hopeless and futile, generally. There are a few of you righties that I’m friends with in ‘real life’, and I hope that will continue, but as of now I’ve got zero tolerance for conservative b.s.. Don’t want to argue over it, don’t want to read it; I’m making it go bye-bye, at least here on FB…”

My response to this holier-than-thou gibberish…

These are the depths to which social media has driven us.

Not only do some folks “block” and “unfriend” you, they threaten you first by writing a friggin’ MANIFESTO about it!

Look, anybody who’s read a half-dozen of my emails or blog posts knows I’m a radical anti-state, anti-war, anti-politics kinda guy, so I expect this particular dood will unfriend me any day now.

I don’t give a rat’s derriere.

I’ve been unfriended on Facebook before, and by better people than this guy.

But I’ll offer this suggestion — if you use social media, don’t lay ultimatums on friends and followers. Show some class. If someone bugs you, don’t parade around, pounding your chest, just hit the unfriend button.

By the way, you’ll find some strategies and tactics for persuasively using social media right here…