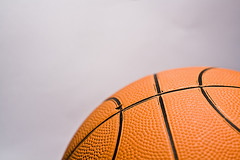 I’ve talked about my fear of creepy-crawlies before.

In fact, I think I got the biggest email response EVER when I wrote about my hand-to-mandible battle with a potato bug living under our fridge.

I’m NOT a fan of the insect kingdom.

So gawd save me from the tuberous bush-cricket.

This little bugger just happens to own the world’s biggest testicles.

The Most Colossal Set of Balls on Planet Earth.

Its stones are a startling 14% of its body mass.

If Justin Bieber’s crown jewels were of similar relative size, it’d be like he was dragging around a pair of basketballs.

As they say here on California’s central coast, gadzooks!

That’d be a real nuisance if you’re a trucker, or a ballet dancer, or an Olympic ice-skater.

But it’s a very good thing if you own your own business.

You get the idea.

Of course, bush-crickets probably don’t have that mind-set, no matter how oversized their yarbles.

But one creature that irrefutably DOES exhibit a testicular attitude is a rhinoceros.

Rhinos are the most confident and courageous animals in the jungle.

Just check it out…

And wouldn’t you rather be a rhino than a bush-cricket?