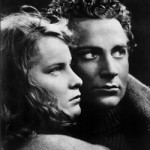 A largely forgotten 1942 movie version of the late Ayn Rand’s autobiographical novel We the Living has been released on DVD for the first time.

It’s been a long, tortuous road for this film.

I think some vital lessons for aspiring entrepreneurs lie alongside that road. But I’ll get to those in a second.

We the Living was produced in Italy during World War II. But after a brief theatrical run, the Mussolini government realized that, hey, screening a movie about an independent young woman’s struggle against a police state was maybe a bad idea in a Fascist country. So they suppressed the film and ordered it destroyed.

Some two decades later, Erika and Henry Mark Holzer, legal representatives for Ayn Rand, heard about the movie. They vowed to track down a copy and eventually re-issue it.

As Henry Mark Holzer has explained, their challenges included locating the film, cutting a deal with its owners, copying the flammable nitrate negative onto safety stock, shipping the materials from Rome to New York under intense U.S. Customs scrutiny, and re-cutting the four-hour movie.

In addition, they had to write previously non-existent subtitles, make a deal with Ayn Rand’s estate, find a distributor, and promote the film.

“Other than that,” Holzer has said, “it was easy.”

We the Living was finally screened for the first time in more than 40 years at the Telluride Film Festival in Colorado in 1986. Since then, it’s become an “art house” favorite and, as I mentioned before, it’s now available for home viewing on DVD.

OK, so what are the business lessons we can learn from the Holzers’ story?

1) Great product — whether a movie, a book, a set of instructional videos, whatever — can and will find its market, despite all odds, if it has a real champion fighting for it.

2) Setting a goal and creating a plan to accomplish it is the only way you can turn the invisible into the visible. (Or a “lost” film into an underground classic.)

3) Dogged determination can overcome just about anything.