A city wiped out by apocalyptic fire.

The survivors rebuild atop its ruins.

For decades, the old city hides quietly beneath the new, no more than an urban legend to modern generations.

Toss in a few mutants and you’ve got James Cameron’s next 3-D sci-fi extravaganza.

But I’m talking about the real deal here — Seattle, Washington.

Fact is, after fire destroyed some 24 square blocks of downtown in 1889, citizens built retaining walls and hoisted an all-new Seattle above the soggy tideflats to avoid old flooding and sewage problems.

This left the original sidewalks and building entrances underground and forgotten — until restoration of historic Pioneer Square began in the 1960s.

Just last week, Deb and I took a tour of Seattle’s surreal subterranean city. We walked through dark passageways that squirm underneath busy modern-day sidewalks and past crumbling 19th century doorways and signage. We got a fascinating history lesson.

And yes, I discovered a business lesson there, too. (Actually, I found three, but I’m only gonna bug you with one of ’em today. You’re welcome.) 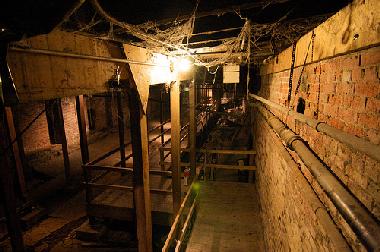 A whole crapload of historic treasure lay unexplored, untapped, and
unexploited below Seattle for more than 60 years.

Speidel did that by diligently researching the city’s past. And that’s how he discovered the buried ruins of early Seattle.

Well, for one thing, the old neighborhood was designated an historic district.

For another, Speidel became an entrepreneur. He wrote bestselling books about the city, became a sought-after lecturer, and founded the popular guided walking tour of Seattle’s underground that we enjoyed so much last Tuesday.

So I’ve got a couple of questions for you:

First, like the remnants of old Seattle, what treasures — wisdom, knowledge, ideas, contacts — lie unexplored, untapped, and unexploited inside of you?

And second, when are you gonna take advantage of them?

(Hey, you might even offer your “treasures” to others for a tidy profit. For more info on how to do just that, drop by http://www.wallyconger.com/fearlessfreelancing.html.) 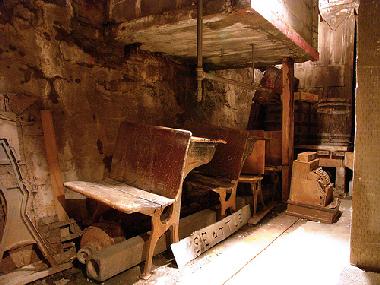