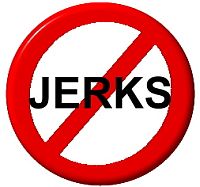 Have I mentioned my battle with the water company to you?

Started a couple weeks ago, when the monthly water bill arrived in my mail.

It was 9 times higher than usual.

So I called ’em on the phone. That’s when things got really ugly.

The bureaucratic toady I talked with didn’t address my problem but quickly lectured me on how the water bill is calculated. He talked about meter readings and multiples of 100 and the cost of a square cubic foot of water.

None of this, of course, had any bearing on the fact that, with no evident leaks in our house, you could’ve floated the Queen Mary 2 in the amount of water the company said Deb and I had used last month.

Here’s all I was looking for: an admission from someone at the water company that, judging from our long billing history, an error had obviously occurred.

But no, I got an arrogant sermon and a reminder that my bill was due in two weeks.

You can be sure that to cool off and get some sleep that night, I relied on a few tactics I’ve revealed before — http://www.wallyconger.com/erasemoneyworries.

The good news is that we finally found a water company rep who acknowledged the boo-boo, trimmed our bill to normal size, and thanked us for our patience and business.

I could use this story to blather on about good service, common sense, customer appreciation, etc., etc. But I’ll just sum up this way…

When in business, don’t be a dick.