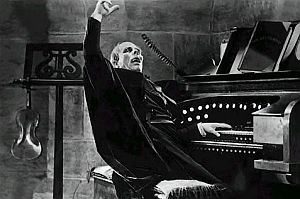 He’s a friggin’ internet celeb, on YouTube and everything, cuz they say he’s got the longest schlong ever measured.

Anyway, Jonah recently got an offer from the Icelandic Phallological Museum in Reykjavik — yeah, “The Penis Museum” — to exhibit his mammoth 13.5-inch jolly roger after he dies.

“I appreciate your museum’s devotion to science,” Jonah told the museum people, “and it would be an honor to have my manhood put on display, hopefully nestled between the sexual appendages of a sperm whale and a polar bear … I hope I don’t make either of those creatures jealous. May I suggest you call the exhibit, ‘Jonah and the Whale’.”

Says Sigurdur Hjartarson, who founded the museum in 1997: “Falcon is widely known for his larger than usual penis and the museum is an ideal place for it when the time comes, to exhibit and preserve, for future generations. Mr. Falcon’s organ will greatly enhance the collection and will surely be one of the most outstanding pieces.”

Right now, the collection includes more than 300 specimen penises and penile parts from more than 93 different animals — everything from a 2-millimeter hamster wiener to a 6-foot whale sausage.

OK, Jonah’s probably not gonna become a museum exhibit very soon — he’s only 43 — but until that time arrives, he’ll have plenty of opportunities to capitalize on his enormous blessing.

You know something? We all have unique qualities we can profitably exploit. The trick is exploiting them effectively.